Laurie’s brother Ken, a Brisbane singer-songwriter and some of Ken’s muso mates have placed musical underlays behind two of Laurie’s poems. The first of these is The North Wind which is on Ken’s album Fire after Flood. This track has been getting regular air-play on Macca’s Australia all Over on ABC Radio. http://kenmcdonaldmusic.bandcamp.com/album/fire-after-flood

On Ken’s album Ramshackle Junction, a musical backing, stunningly created by Mike Patterson, has been placed behind the poem The Legend of Merkyl Crud. https://kenmcdonaldmusic.bandcamp.com/album/ramshackle-junction 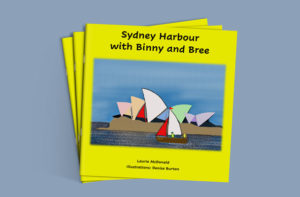 A poem by Laurie McDonald with illustrations by Denise Burton

Slow Down to Mine

A book of Australian Poetry by Laurie McDonald